← Book Review: Pushing the Limits by Katie McGarry
I can explain… → 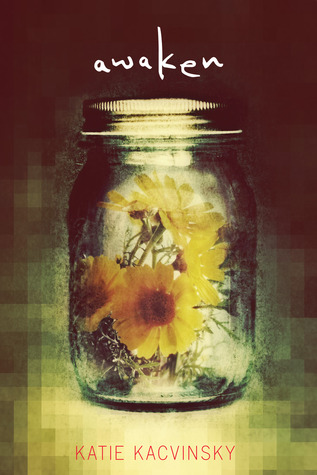 Goodreads Summary:
Maddie lives in a world where everything is done on the computer. Whether it’s to go to school or on a date, people don’t venture out of their home. There’s really no need. For the most part, Maddie’s okay with the solitary, digital life—until she meets Justin. Justin likes being with people. He enjoys the physical closeness of face-to-face interactions. People aren’t meant to be alone, he tells her.

Suddenly, Maddie feels something awakening inside her—a feeling that maybe there is a different, better way to live. But with society and her parents telling her otherwise, Maddie is going to have to learn to stand up for herself if she wants to change the path her life is taking.

In this not-so-brave new world, two young people struggle to carve out their own space.

Opinion:
This book is set in the year 2060, and it follows a pretty natural progression from our current world. All schools are online. People rarely leave their houses, choosing instead to chat with people online and join online groups. Maddie plays soccer in person, but that’s about the only time she leaves her house. People’s food – or the processed crap they say is food – is sent to them, so they don’t have to leave their house for that reason, either.

The scariest thing about this book is that so much of it sounds exactly like life is today, or else it sounds exactly like what we’re heading toward. I can see much of this happening, and that fact is the main reason I kept reading this book. I wanted to see how much of this world was like ours. I was hoping for more explanations for how certain things got to this point – not that it needed much explanation as, like I said, so much of this is already happening now. This book has such a great premise, and the relatability of the concept is such that I couldn’t believe I hadn’t seen this book reviewed more places.

And then I read it, and I’m sad to say that this book did not live up to it’s potential. The world building was a big part of the problem. I wouldn’t have thought she would need to do much world building here, as it’s basically our world fifty years from now, but it turns out it needed more information. It’s almost as if the author couldn’t tell whether she wanted to make it exactly like now or try to change to have it be “futuristic,” and so she ends up with this weird mix of present and future that doesn’t really make sense. It’s illegal to chop down real trees, but her mother gives her a paper journal. How did she get it? If the trees aren’t real, where do we get our oxygen? If they don’t leave the house for anything, why would they have a soccer teams? Why wouldn’t they just play virtual soccer?

My main problem, though, was that there was a lot more “telling” than “showing.” This is a problem that I have with my own writing, so I’m sympathetic, but I still found that weakened the story. There were a lot of info dumps, and we get to hear the message on practically every other page. While I get that it’s probably really hard to write a book like this without talking about the evils of technology, it would have been nice to see that worked in a bit more and not just front and center the entire book. There were also even times when instead of showing Maddie talking, we would see her speak, and then she would say something like “I said x” where “x” was literally what she would have said. It doesn’t save time, so all it did was take me out of the novel.

I also didn’t like the love interest, which brought the whole book down. For a “selfless” person, Justin spends an incredibly large amount of time talking about himself and his commitments and how valuable his time is. He always knows the right thing to say to Maddie, but we don’t really see much of why he knows her so well, so it comes off as creepy. Or at least it did to me. I didn’t trust him. He and Maddie have a lot of deep, intense, and/or personal conversations that don’t really seem to fit the situation.

I did like, though, that Maddie didn’t just immediately betray her family for the boy she supposedly loves. You see that all the time in young adult books, and I appreciated that that didn’t happen here.

Overall, this was a great concept for a book, but it just didn’t live up to the expectations I had for it. I kept reading because I was hoping it would get better, but that never happened. I found Maddie’s emotions to be all over the place (and not in a way that would make sense), and the end just sort of falls together, and that just made things worse. Apparently this is the first book in a trilogy (or at least a series), but I will not be reading the rest of them.

Posted on January 23, 2014, in Uncategorized. Bookmark the permalink. 4 Comments.

← Book Review: Pushing the Limits by Katie McGarry
I can explain… →